About a year ago, I shared an image that summarized the relationship between urbanization, ethnic diversity, and whether or not someone speaks Indonesian. At long last, there’s a paper associated with it you can read, written jointly with Maya Ravindranath Abtahian and my colleague Abby Cohn.

Our point is short and simple: a lot of the inconsistency in the cross-national data on urbanization and language shift may be because it is hard to separate ethnically homogenous urban areas from heterogenous ones. For that you need subnational data and subnational variation, which Indonesia perhaps uniquely provides. It turns out that urbanization only leads to language shift in diverse urban areas. Urbanization (as understood, say, though a modernization perspective) does not do much on its own. 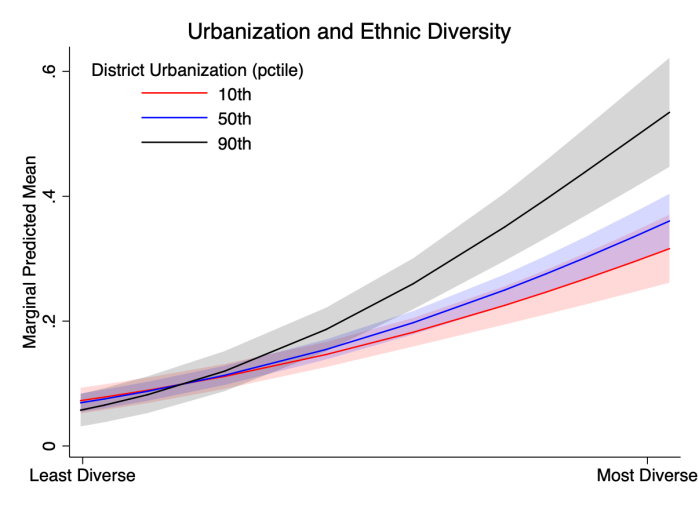 As a footnote, in case you’re wondering how long it takes for Stata’s marginsplot command to generate one set of predictions for 2.1 million observations from a nonlinear mixed effects model, the answer is “49 hours” on a pretty fast desktop.