I had the following twitter exchange with Fabrizio Gilardi with reference to my previous post on subnational comparative research.

@TomPepinsky Fair enough. Still, usually likelier to hold at sub-nationally than cross-nationally. But it should be shown, not just assumed.

I disagree that the unit homogeneity assumption is “more likely to hold” within countries than across countries as a general statement. (I also don’t think that we can ever “show” and assumption is true or false, we can only argue that it plausible or useful.) It all comes down to the research question, and in some cases assuming unit homogeneity actually makes a lot more sense across national boundaries. Here are some examples.

You might imagine other examples. I’ve often wondered about the effects of national language regimes on the development of Malay languages; for that, comparing Riau Malay to Johor Malay would make good sense. This map clarifies the matter: 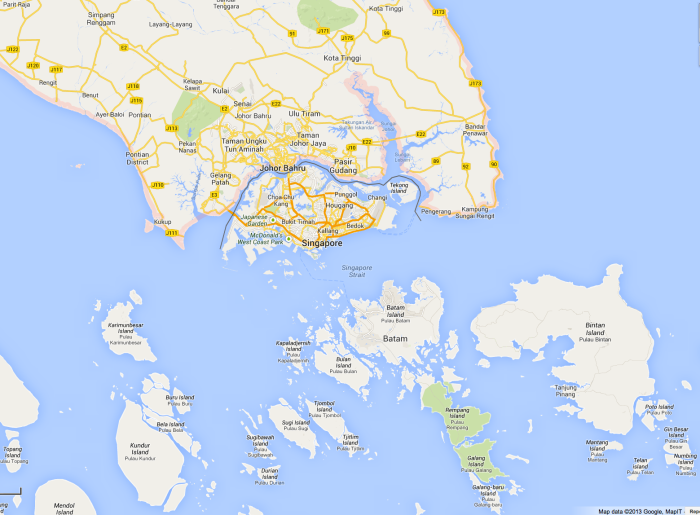