The Southeast Asia Research Group is holding its first ever meeting in Asia at Fulbright University in Ho Chi Minh City, Vietnam this week. And so I found myself today with the chance to spend the day wandering around Ho Chi Minh City with a friend. Although we didn’t set out to do this, our walkabout was full of remnants of the American war in Vietnam.

In its basement one finds a hardened bunker full of communication equipment (all made by General Electric) alongside the presidential bedroom, and a luxurious working kitchen.

There are also documents describing the so-called Ho Chi Minh and Sihanouk trails as well as a list of all foreign troops fighting in Vietnam.

The War Remnants Museum displays recovered war materiel from the Second Indochina War (which is what Americans call “The Vietnam War”). What is most striking to me is how physically imposing these American weapons of war are. There was surely urban warfare in the war in the South, but so much more of it was war in the countryside. Fighting such a war with such heavy equipment hold in high relief that how this was a war against an underresourced opponent so dependent on superior ground knowledge and logistics.

The museum also features displays of the prisons in which communists were held, including the infamous “tiger cages” which seem just impossible. 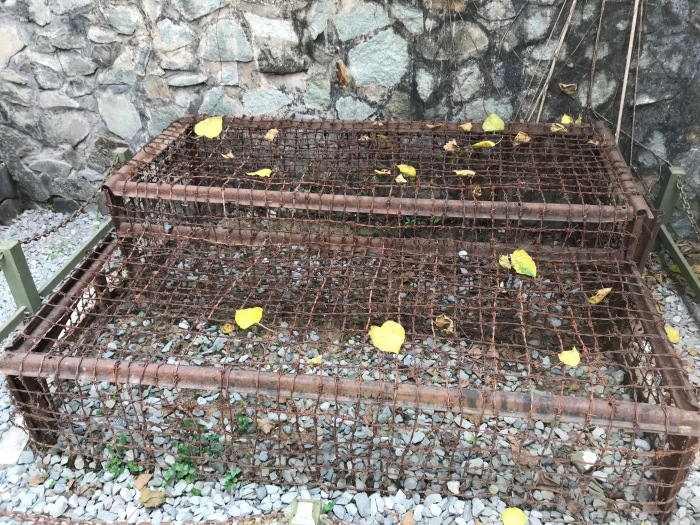 Perhaps the most effective part of the museum, though, are the galleries commemorating the long-term human cost of Agent Orange, war crimes including My Lai, and the international relations of the era. 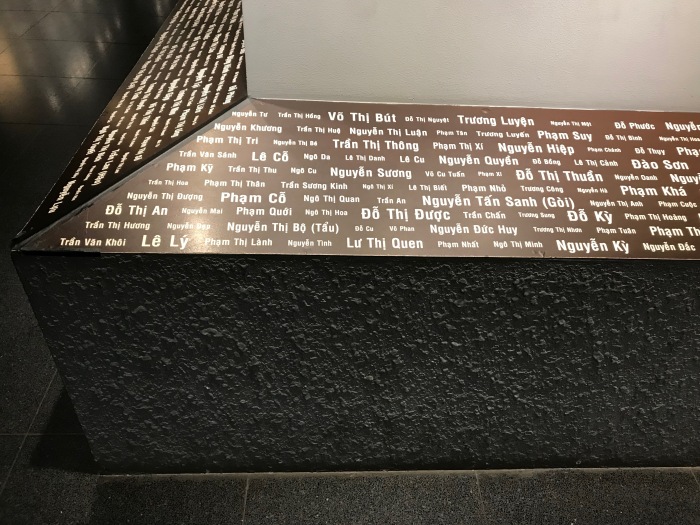 My Lai memorial, styled after the U.S. Vietnam War memorial

A third-floor exhibit comprised of images taken by U.S. and other foreign journalists. It portrays with surprising effectiveness the dividedness of U.S. public opinion on the war and the costs of war borne by American servicemen themselves.

There is, to my knowledge, no museum or commemorative of the post-1975 reunification experience.

These legacies of the American war in Vietnam coexist with other images of war, such as those found in the Fine Arts Museum.

They also coexist with the brazen capitalism and cosmopolitanism of contemporary Ho Chi Minh City. Take a look, for instance, at the strangely cheerful Merry Christmas message at the War Remnants Museum.

With the city’s ubiquitous Santa hats and miniature Eiffel Towers, one might not even notice those legacies of Western war in Vietnam unless one cared to look.