(Many readers may not realize that this blog started off nearly 10 years ago as basically a travel and food blog for two twenty-somethings spending a year in Southeast Asia. This post is written in that earlier mode.)

Tiong Bahru is one of Singapore’s older neighborhoods. It’s also right in the middle of the gentrification process, which means something rather more extreme than it does in the US: highrise luxury apartments towering over more modest HDB housing. For the time being, though, Tiong Bahru retains its old-style character, and nothing captures it better than Tiong Bahru Market (which is, ironically, not that old).

This past Tuesday was a public holiday (Vesak Day), so I met an old college friend and her family at the Tiong Bahru Market for brunch. This is what many in Singapore call a “hawker center,” a centralized food court where small food vendors can sell inexpensive food under safe, regulated conditions (in true Singapore fashion).

It also has a nice regular market downstairs.

The produce looked particularly enticing, and had me wondering if I could find a proper kitchen to try things out before I left.

I’m a sucker for duck, so I found a semi-crowded vendor and got a big order of duck noodles.

Combined with good company and a pleasant almost-three-year-old who insisted on using chopsticks, it made for a great Vesak Day morning. 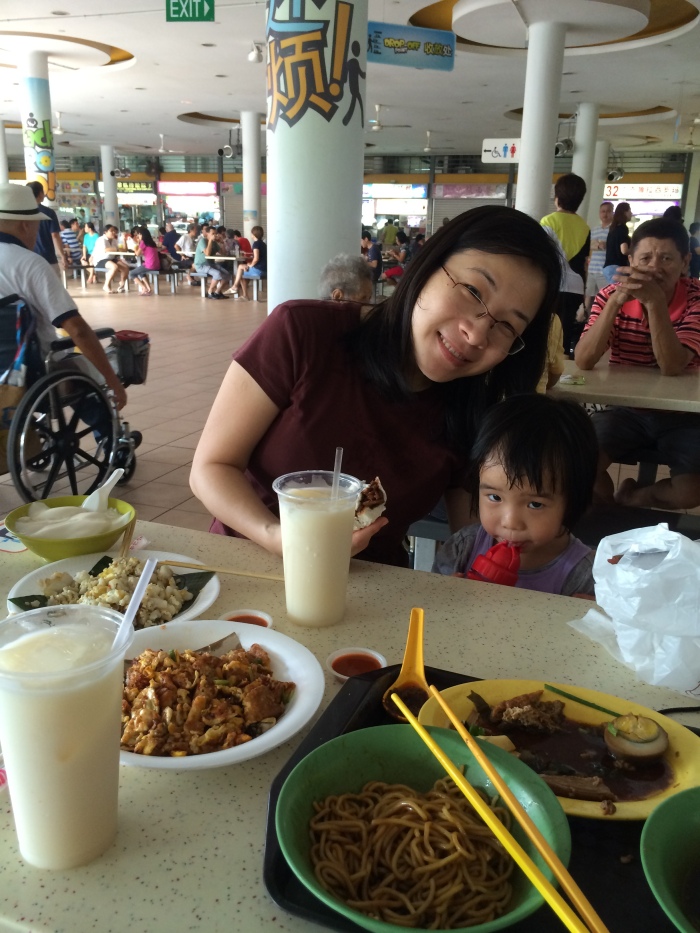 What you see in this picture are my duck noodles, an oyster omelet, an order of “carrot cake” (which has no carrots and is not a cake—it’s eggs with glutinous rice), and an order of tau fu fa.