I'm leaving this morning to head back to the states. I'm bittersweet about this. On one hand, I'm so excited to get back to family. On the other hand, though, there's something about Jakarta that gets under my skin, and I will miss it here. It's particularly hard because I don't know when I'll be back here again. I have no firm plans. Hopefully it won't be too long. Here is a final picture that sums up the Jakarta that I know. 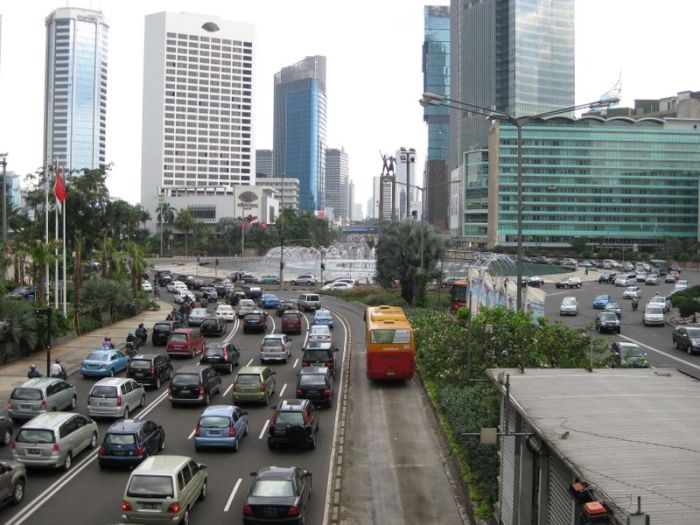 As my final post, let me offer two points. One, my final meal was very good: roasted duck from Ayam Tulang Lunak Hayam Wuruk. I decided that if Bakmi Gajah Mada doesn't work then at least I will keep up my theme of meals by restaurants named after classical Javanese politicians. (Gajah Mada and Hayam Wuruk)

The second is that I'm very interested in the current state of the American economy. I think though that everyone needs to read this. I bought my dad a copy of Niall Ferguson's recent book not too long ago, and it makes me so furious that such a great historical storyteller could be such a dreadful talking head.