At a fascinating conference on financial globalization sponsored by the Harriman Institute at Columbia, I learned lots of things. One thing was that New Zealand’s biggest trading partner is China (which is not surprising), and that its biggest export is dairy (which is also not surprising). But put these things together and we find that New Zealand has become a dairy-based commodity exporter, fueled in large part by the growth of Chinese demand for milk. Good, wholesome, actual milk, the stuff that New Zealand actually has quite a bit of, and the stuff that emerging economies start to demand as they become more developed. Here is what the data look like, courtesy of Statistics New Zealand.

Similar things are happening across the Tasman in Australia, but driven primarily by mineral exports. And as the Chinese economy plateaus or even begins to slow, it will be interesting to see how this plays out in those two countries. One thing I know from my visit to NZ with JMP (almost exactly one decade ago this week) is that agricultural interests matter, as this Rotorua political bus most colorfully revealed. 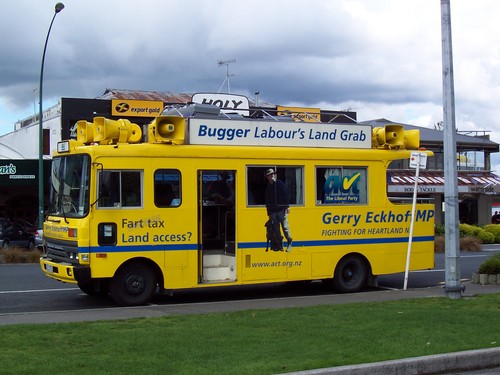