Jokowi’s young presidency is in the midst of a serious political crisis. Here is Andreas Harsono from Human Rights Watch.

On Friday, members of Indonesia’s National Police – widely considered one of the country’s most corrupt government institutions – arrested Bambang Widjojanto, deputy chairman of the official Corruption Eradication Commission, or KPK. (For the record, Widjojanto was an intern with Human Rights Watch in the 1980s.)

That arrest was remarkable not just because the National Police have been a long-time target of the KPK’s anti-corruption efforts. The timing also smacked of political revenge, as the arrest occurred just nine days after the KPK declared Commissionaire Gen. Budi Gunawan — President Joko Widodo’s sole candidate for National Police chief – to be a graft suspect.

In a country rife with official corruption, KPK is one of the very few political institutions that has garnered the public’s trust. That fact has made it a target, as Indonesia’s most powerful people seek to weaken or destroy the institution (on the previous KPK scandal of 2009, see Ehito Kimura, Christian von Luebke, and Simon Butt).

This post, though, isn’t about this latest KPK crisis. It’s about the headline on the cover of Indonesia’s weekly magazine Tempo: KPK Adalah Kita. 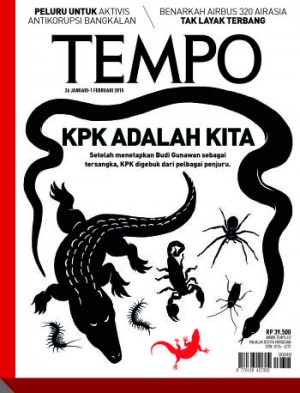 KPK Adalah Kita literally means “KPK Is Us.” At first glance, this looks like a simple appropriation of Je suis Charlie, another fun little instance of today’s globalized media landscape. But that’s not the right interpretation. KPK Adalah Kita actually harkens back to Indonesia’s presidential campaign in summer 2014. Specifically, to this: 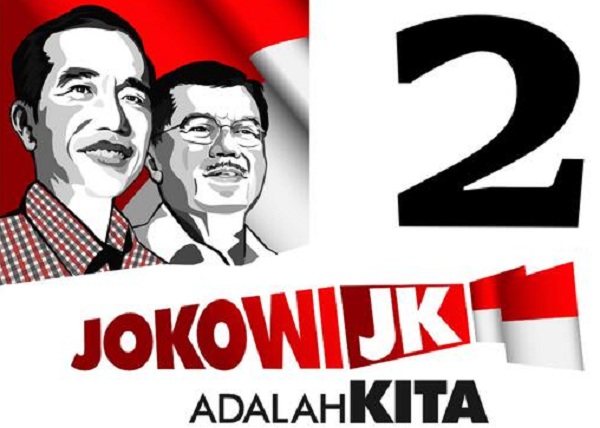 Jokowi adalah kita [= Jokowi is us] reflected the notion that Jokowi represented regular Indonesians, not the elite political classes. Perhaps a more accurate translation would be “Jokowi is one of us.” And the image of the gecko confronting the crocodile, scorpion, snake, and other creepy crawlies on the Tempo cover is harkens back to the last KPK scandal, during which the following image circulated widely. 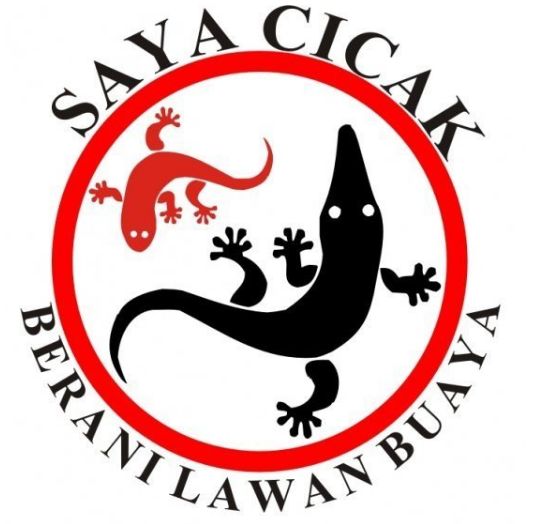 The gecko (cicak) here is next to the crocodile (buaya), and this reads “I am the gecko who bravely battles the crocodile.” A more evocative translation that resonates with English speakers might be “I’m the little guy who bravely fights against the machine.” It’s bad news for Jokowi’s presidency if he is now viewed as part of the machine.

This is Part 1 of two posts. Tomorrow, in Part 2, I will get into the weeds about translating KPK Adalah Kita as “We are KPK” versus “KPK is us.” Stay tuned…